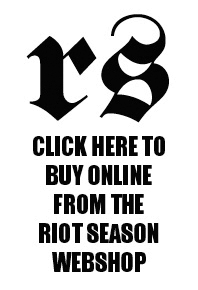 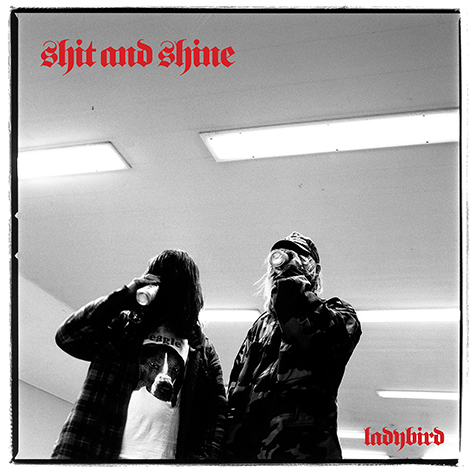 PRE ORDER VIA THE LABEL WEBSHOP OR BANDCAMP SITE

Back when Shit And Shine formed, the idea was basically to sound like their heroes DRUNKS WITH GUNS and STRANGULATED BEATOFFS, using that same basic formula. A big dumb ass catchy riff played over and over until the joke gets old ... then keep going.

Recorded live at Southern Studios, London (fun fact: the same room where BAUHAUS recorded 'Bela Lugosi's Dead'!) in 2004 with just two basses, a snare drum, a huge cardboard box and a tiny toy Casio sa-1 keyboard (using the "airplane" sound hitting the same key over and over for 41 minutes)

Some still say it's the best thing shit and shine has ever done. I'm not arguing.

Originally released on CD, and super limited vinyl waaay back in 2005. This was Shit And Shine's second release and it sold out REAL quick.

Remastered and beefed the hell up by Craig Clouse at Shit And Shine Ranch 2022. 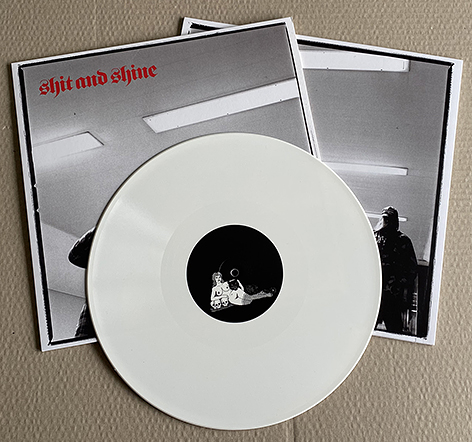 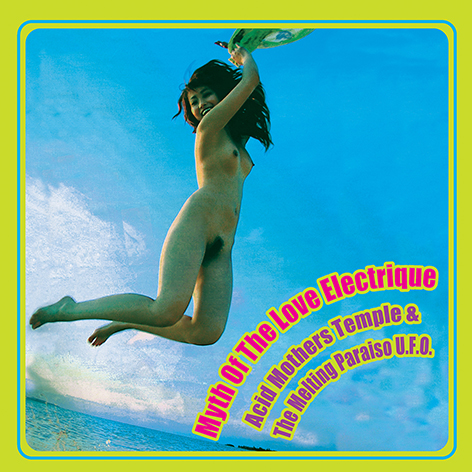 Here's we go again! the second in a trilogy of 'first time on vinyl' releases from the AMT vaults. This time we have the 2006 classic 'Myth Of The Love Electrique', finally pressed on beautiful double vinyl and housed in a gatefold sleeve.

They are two variants once again (as with the recently released Pink Lady Lemonade ~ You're From Outer Space 2LP). An independent record shop exclusive 'sun yellow' edition, and a mail order only transparent curacao blue version, with an exclusive wrap around (the spine) numbered OBI strip (while stocks last) 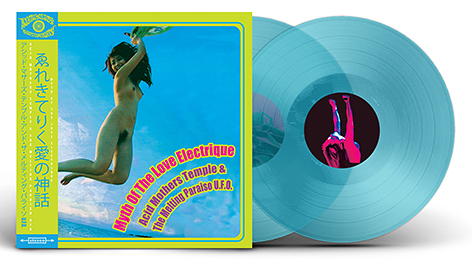 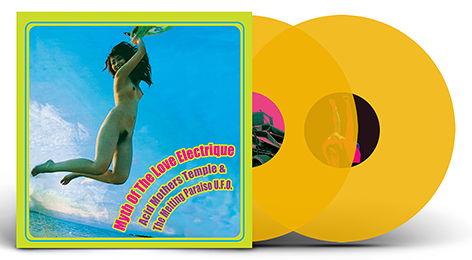 The third and last release in this trilogy will be announced next month (August) The plan then is to issue that one with an optional 'box' which will then house all three releases in this series. The box (if it happens, still working out the costs) will ONLY be available as a pre order and direct from me with the third release. The box will NOT be available on it's own or via any other shop/distro. It'll be a strictly made to order one off limited edition. 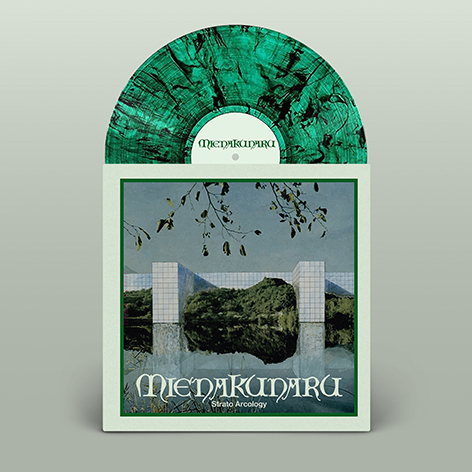 PRE ORDER VIA THE LABEL WEBSHOP OR BANDCAMP SITE

Riot Season and Echodelick Records present the third installment from the power trio Mienakunaru. Two compositions of noise rock, psychedelia, improvisation and experimentation. Inspired by strato-scraper arcologies and living within a post-nuclear megalopolis. Mienakunaru create a space punk soundscape that captures the zeitgeist of a future dystopian world! 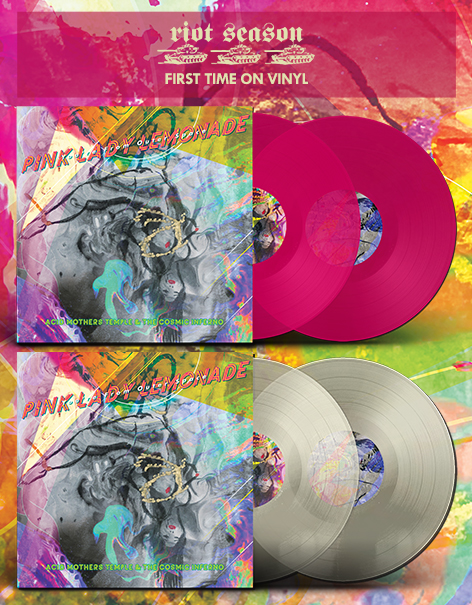 Thrilled to finally be getting this one out as it's long been one of my favourite AMT albums, and it sounds absolutely stellar on vinyl. I first put this out way back in 2008, as CD only album and it's been out of print ever since. So here we are, many years later with it pressed on double vinyl exactly as it was intended.

There are two variants …

A clear lemonade coloured 2xLP set, which is an independent record shop exclusive edition, and a pink lady coloured 2xLP set which is (almost) a direct from label exclusive. I say almost, because the pink lady mail order copies all come with a foldover style OBI strip, whereas the few pink vinyl copies going to a select few shops/distros I deal with direct wont. 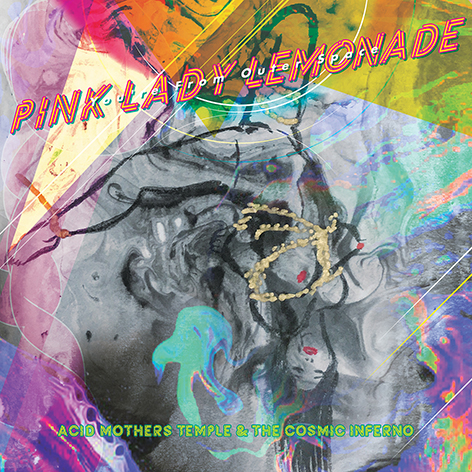 Both variants come housed in the same full colour gatefold sleeve with re-imagined artwork from the original CD issue and with extended music not on the CD version. 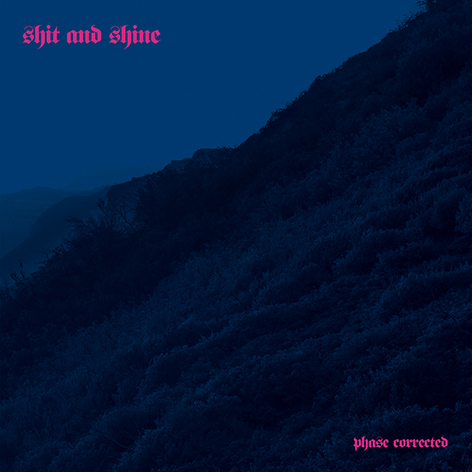 Shit And Shine is back on home turf with Riot Season for another festering collection of filth and ooze. There will be two version of this LP, The Garrote are releasing it over in the US and i'm handling the UK/European release.

The Riot Season edition is pressed on high quality (as always) pitch black vinyl, and comes with alternative cover artwork to the US version. The Riot version also comes with a double sided colour card insert, with a black polylined inner bag and download code.

Recorded in Austin, Texas bedrooms and kitchens during shitty lockdown. 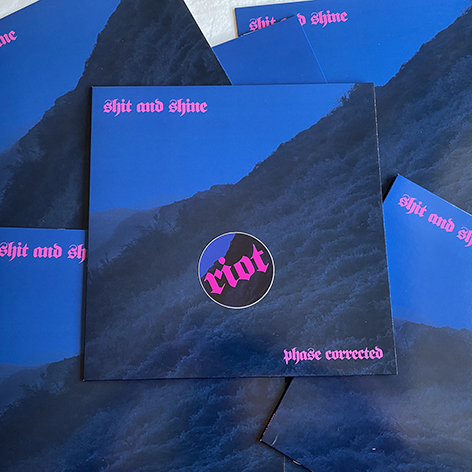 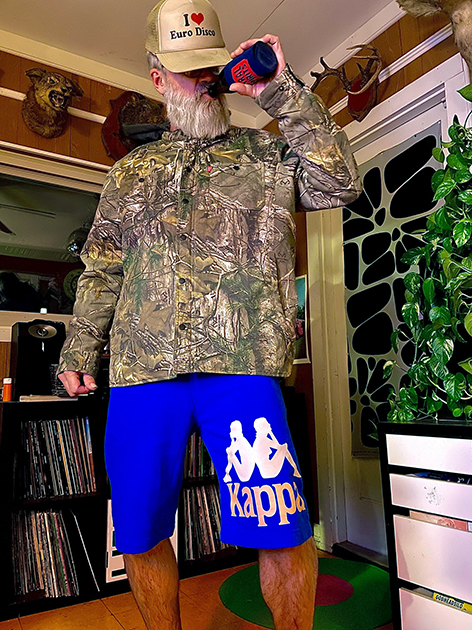 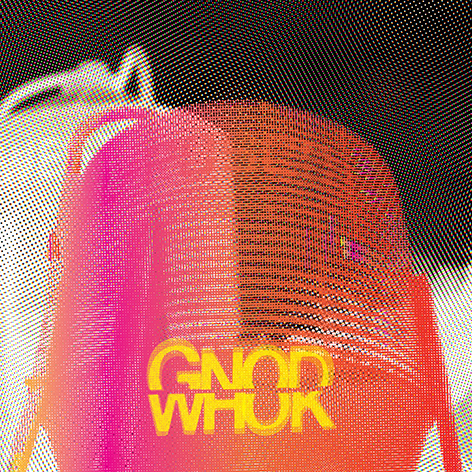 Killer split 12" alert. I can't remember the last time I put something out that was cut at 45rpm but here's a special one. GNOD R&D & Whirling Hall Of Knives both contribute two tracks to this one off pressing. All copies pressed on sunburnt orange coloured vinyl, housed in a spined glossy sleeve. Not many, dig in 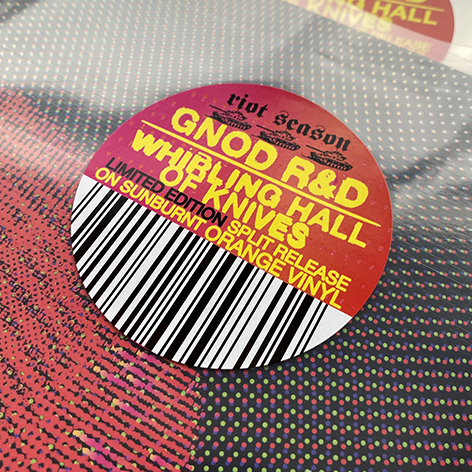 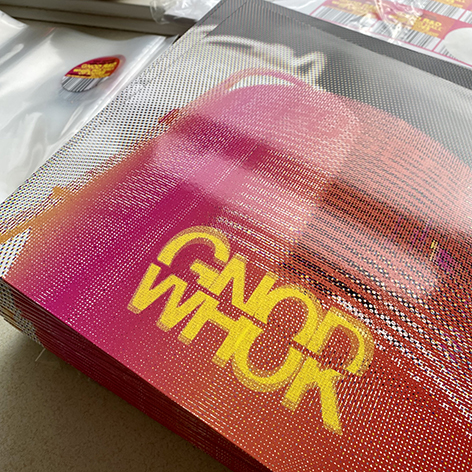 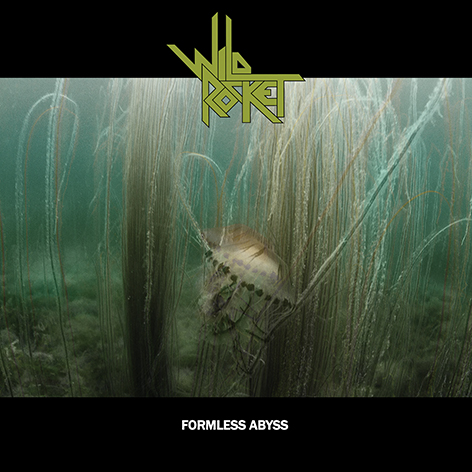 The second label release of 2022 will be 'Formless Abyss', the third album from Dublin's finest WILD ROCKET 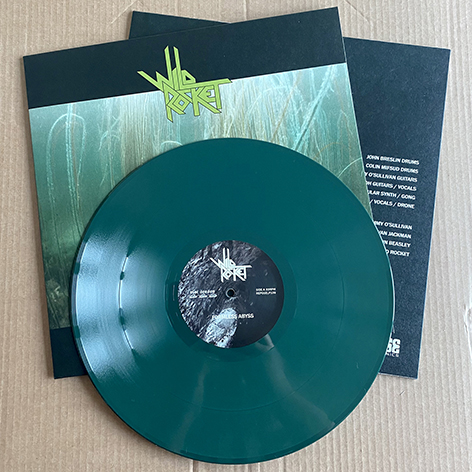 300 copies, pressed on seaweed green vinyl housed in a reverse board (means it's got a rough rather than smooth finish to it) with a download code and polylined inner bag

There's also a version with a bonus CD-R featuring the whole album as a combo deal, and a standalone CD-R for those who don't buy vinyl 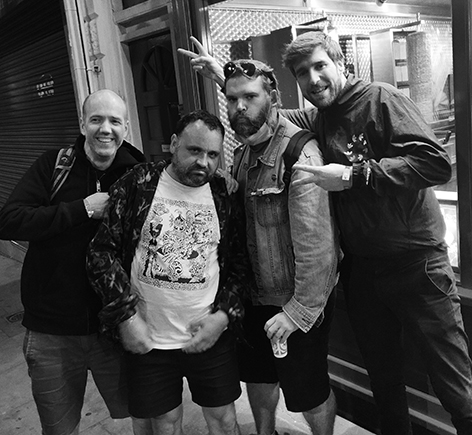 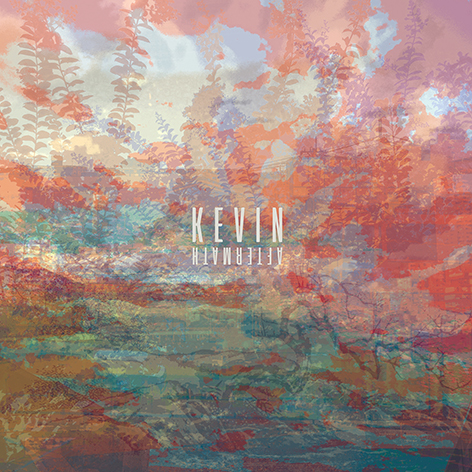 PRE ORDER VIA THE LABEL WEBSHOP OR BANDCAMP

The first label release of 2022 will be 'Aftermath', the debut album by Japanese band Kevin
I've worked with quite a few Japanese bands over the years, and this lot are another welcome addition to the RS family

They have a strong Krautrock vibe going on along with the usual psych tendencies. 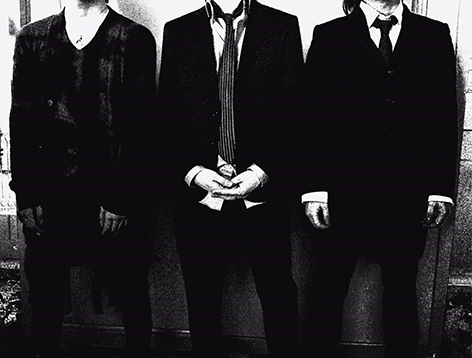 WATCH THE VIDEO FOR 'RUINS' BELOW 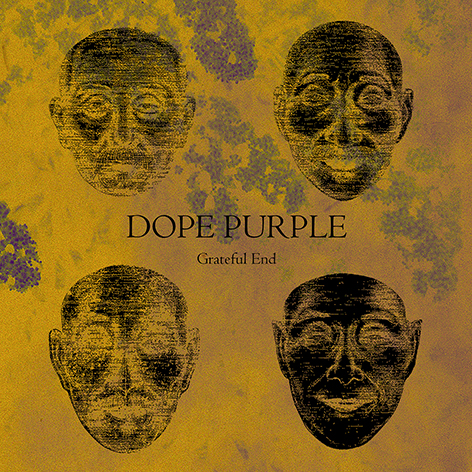 More good news ... the much requested repress of the Dope Purple 'Grateful End ' LP is here and ready to roll. I have exactly 230 copies to cover all my own mail order, shop & distro needs. So don't be shy to get in quick x

This time the LP has been totally recut and pressed over in Italy at Mother Tongue. It's pressed on transparent 'lavender' coloured vinyl and comes with the same sleeve, download code and a black polylined inner bag. Looks, and more importantly sounds SWEEEEETTTT! 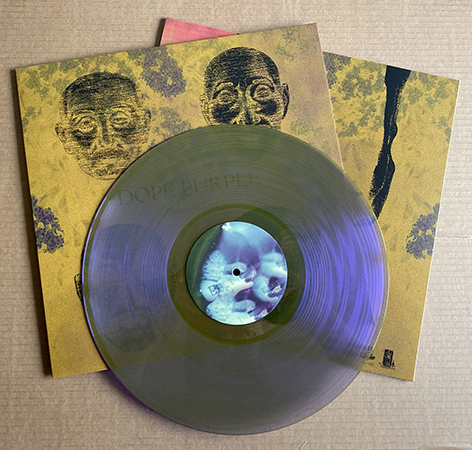 FORTHCOMING & RECENT RELEASES. CLICK ON THE LINKS FOR MORE IN DEPTH INFO ON EACH RELEASE 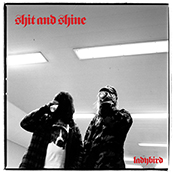 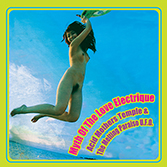 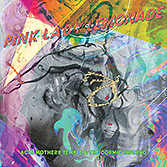 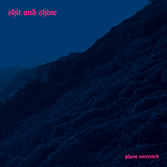 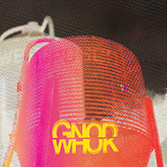 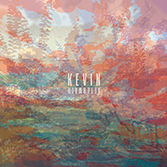 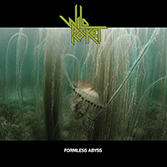 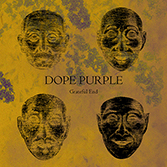